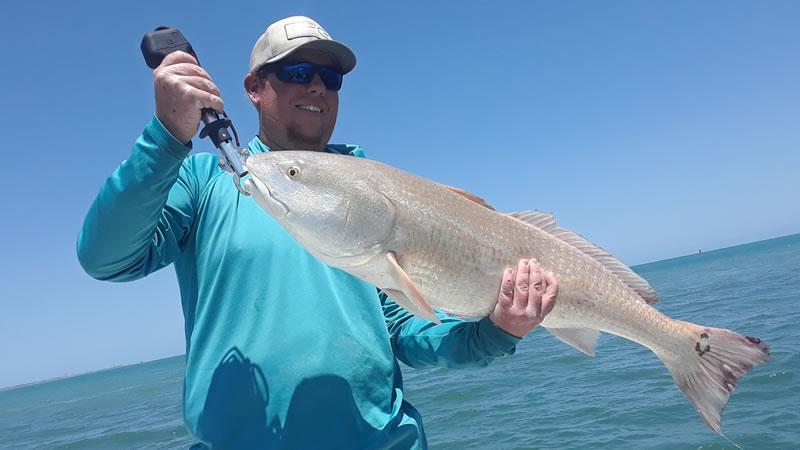 Florida is home to the BEST inshore fishing that you can experience. From east to west, you can find excellent destinations to search for your targeted species. While you are visiting the amazing beaches and enjoying the sunshine, getting outdoors is a must. Florida Inshore Fishing is one of the best ways to do so. Stuart is on the upper east coast of Florida with exceptional fishing you can experience. You will never go wrong Stuart Fishing for Snook and Tarpon or an abundance of other great Florida Fishing species.

Captain Brett Isackson adventured out with Leon Scott in search for an incredible fishing experience. Leon was traveling from Maryland to specifically come fishing in Stuart, FL. It has always been a place he wanted to explore since it was known for its incredible Inshore Fishing. Early summer months are the perfect time to come crush some of the best inshore species around.

Fishing conditions were ideal for a day on the water. We adventured out into the waters of Stuart near Port Everglades. The inshore waters were calm on this fishing trip. Most of those seas did not truly affect us as we fished the inshore along the beach and rocky shores.

When you think of Florida Fishing, Stuart has it all. It is days like this on the water that truly represent that. Fishing Action was non-stop all trip long. The most effective technique was using live bait. Shrimp will also produce the most productive bite when fishing for snook and tarpon.

When fishing for these hard fighting species, make sure you come equipped with the best equipment. Penn Fishing makes by far the best fishing tackle you will need to land the fish of a lifetime. Rods and Reels whether combos or separate will help get the job done for you. They have an exceptional top of the line gear. You also need the right line and leader so you don’t lose the fight. 40-pound leader was the strength that helped put some of the quality fish we caught in the boat.

Leon landed several quality Snook and Tarpon. These two incredible Florida Inshore Fishing Species will provide ample fighting power that will keep you busy and excited you whole trip. Leon put 10 really nice Snook in the boat. Most were slot and were able to harvest up to the legal limit. Also, Leon was able to catch a nice tarpon near local bridges. All fish that were over slot were caught and released unharmed. Along with these amazing catches from Jack Crevalle and Sheepshead.

One of the best parts about fishing for inshore snook is that they are great eating. As long as you are harvesting the slot limits for each species, you are in the clear. Allow your professional Captain to clean and bag your fish after the trip has been completed. One interesting fact about Port Canaveral is that it is the largest gateway to American seafood consumers between Jacksonville and Key West. At anytime, you can see large shrimp boats unloading their catch!

Leon had a fantastic day Stuart Fishing. Next time visiting from Maryland, he will make sure to explore more of this amazing fishery. Don’t miss this incredible action down here in Sunny Florida. The Space Coast is absolutely stunning with an abundance of outdoor fishing opportunities. Make sure to visit and check out this amazing place. 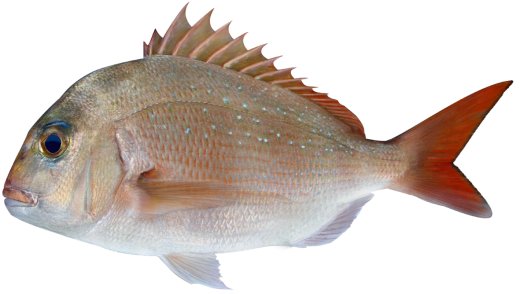 What Kind of Bait Do You Use to Catch SNAPPER in Stuart?

What Kind of Bait Do You Use to Catch SNAPPER?

The Snapper, particularly Red Snapper, is one of the most prized fish to catch in Stuart while Deep Sea Fishing. Not only is it known for its tasty meat but also for its display of strength in the fishing sports world. It thrives in abundance in the Stuart due to the favorable warmer climate and rich marine life in the area.

They key to successful Snapper Fishing in the Atlantic Ocean is a wide variety of bait. Remember that just like any game fish, Snappers are very discerning creatures, that one bait may not necessarily be effective the next time.

Of course, you can choose between artificial and live bait. It is observed, however, that Snappers take artificial baits with less vigor compared to natural bait. That is why, when choosing artificial lures, always bring along different kinds and sizes since Snappers to have a range of choices.

Although artificial baits nowadays may have the best in technological advancement, it doesn’t mean that live bait won’t do anymore. In fact, Tarpons respond the most to live baits. Snappers can eat absolutely almost anything although they have developed a preference for small fishes such as sardines and cigar minnow, and crustaceans. In fact, the Red Snapper derives its reddish tint from its diet of mostly shrimps.

In Stuart, Snappers can be caught in waters as deep as 30 feet to 300 feet. They tend to cluster at the bottom of the ocean and prefer rocky reefs, ridges and ledges, and artificial refuges such as shipwrecks and oil rigs. Make sure you observe the FWC regulations!

What Kind of Bait Do You Use? to Catch SNAPPER in the Gulf of Mexico.

Joe Del Giorno was able to break free on his last day in port after his 270 foot Coast Guard Cutter made a last-minute decision to dock at Port of Miami. After removing the second-largest amount of Heroin from the ocean on Coast Guard record, we knew the fish gods were going to bring a smile to Joe at some point in the day as a reward for his great service.

The day started with a frown, however, as a storm with no end in sight decided to great us at Homestead Bay Front Park where we thought we would be leaving in search of Lemon Sharks and Bonefish on the flats.  Seeing the storm on radar made our decision to head back north and change gears for Tarpon that had been holding in a few areas.

With the mullet run in full effect north of Miami, I was happy to see the start of it here in Miami with finger mullet showering near the Tarpon areas.  A few spot cast with the net and we were loaded with 4-7 inch finger mullet and decided to let them jitter nervously in between rolling Tarpon.  These Tarpon are generally lock-jawed and some of the hardest to catch in Miami but they could not resist the jittering and soon there was the blast of a Tarpon and the scream of the rod. With several jumps, long screaming runs and hour of Joe’s great fighting technique;  we landed the monster Tarpon estimated at 120lbs.  It was Joe’s largest to date and something he will never forget.

Not long after, a rod slams down and a 80lb Tarpon sky-rockets towards the boat spitting a scale free mullet at Joe and me all the while landing head first 3 feet from the boat.   It was incredible and you could actually see the Tarpon as he shot under the boat and out of site into the deeper water.  Next up was a 30lber that Joe was able to land in about 10 minutes and take another photo.  Shortly after we decided to try another spot that had been hot and we found it to be warm.  Joe quickly jumped a 75lb Tarpon that may have provided the most spectacular jump of the trip.  At this spot Joe was able to catch a monster Mangrove Snapper for day time fishing on a finger mullet which we released and fun with several 5-8lb Jacks that exploded on the finger mullet. We had some great conversations and it was a great day for Joe as he caught his largest Tarpon ever.  It certainly was a pleasure to fish with someone providing such a great service to our country.  I look forward to Joe’s next stop in port.

One of the most memorable challenges anglers all over are bound to take is to tackle the Silver King or the tarpon in the waters of Florida. The Megalops atlanticus is commonly known by the name Tarpon. Anglers flock from different parts of the world to fish in Florida because it is here that many great numbers of Tarpon migrate to.

There is little known about the Tarpon because it has no food value compared to other fish. What is known about the Tarpon, however, is that these are prehistoric animals dating back as far as 100 million years. Tarpons also possess a unique organ called the swim bladder which enables them to breathe from the atmosphere. Tarpons, in their early stages of life, typically stay in shallower waters. However, once they grow to about two feet, they move to larger bodies of water. Tarpons are usually found in deep, man-made canals and holes far up the coastal rivers of Florida and in the upper reaches of large bays.

Never go out tarpon fishing unprepared and without any foreknowledge whatsoever. What is being caught are not little fishes but giant ones that can actually exhaust any novice fisherman. The key to successful tarpon fishing is to find northbound schools on the beach. This situation usually presents itself after the first full moon in June. Compared to southbound tarpons, northbound tarpons are hungry and are more likely to stop for bait.

After the right type of tarpon is found, proper presentation and good bait are all that is needed to make the catch. Anglers should distance themselves from their targeted tarpon from a 50-foot gap. With tarpon fishing, overcasting is always a good idea. Next is to land the bait in just the right depth. The bait should be thrown so that it would sink around 8-10 feet just barely above the tarpon’s head and line of sight. Remember, tarpons are easy to spook fish. Once a tarpon is spooked, anglers risk losing not just one tarpon but the whole school of them. Lastly, when a tarpon hooks on to the bait, anglers should most definitely hold on.

For novice fishermen or anglers new to tarpon fishing, Florida offers many tarpon fishing charters. With their help, visitors will be guided on the right equipment, the right fishing technique, and as well as the right bait to use for successful tarpon fishing in Florida.